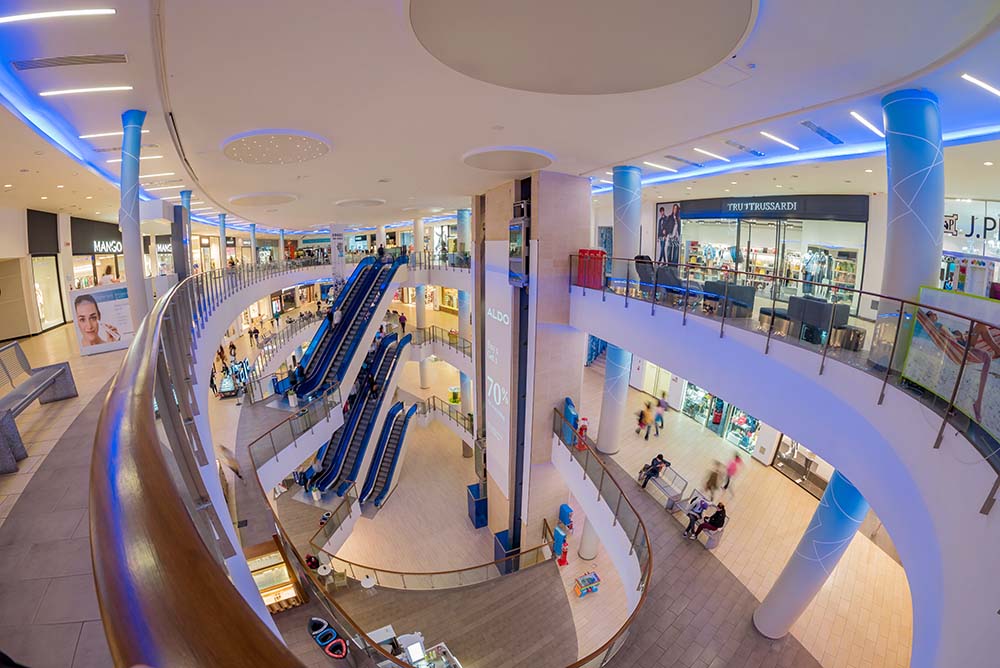 ‘Supermall’ developments are set to outperform other physical retail locations over the next five years, according to new forecasts by GlobalData. Significant investments in improving customer experience promise to boost their destination appeal, driving footfall to these retail meccas. The new, modern retail shopping experience trends are creating great opportunities for retail design solutions and unique spaces.

But how did we get here? Where did malls come from, and more importantly, where are they going? In this, the first of a series of articles on the subject of the mall, we’ll start answering these questions, starting with a look back at the early history of the shopping mall. Keep an eye out for future posts on this topic for more on the current state of malls, their future and some of the more interesting design challenges posed by these giants of physical retail.

While shopping centres of one sort or another date all the way back to ancient Rome, malls as we recognise them today are very much a product of 20th-century technology and the increasing levels of wealth that went with it. The population of American suburbs exploded during the 1940s and 50s, and for the most part, these early settlements were strictly residential, with residents making pilgrimages into the city or nearby towns for almost all their shopping trips. But the wealth that was concentrating in these new suburbs was irresistible to developers and retailers alike.

The creation of the ‘Third Place’ 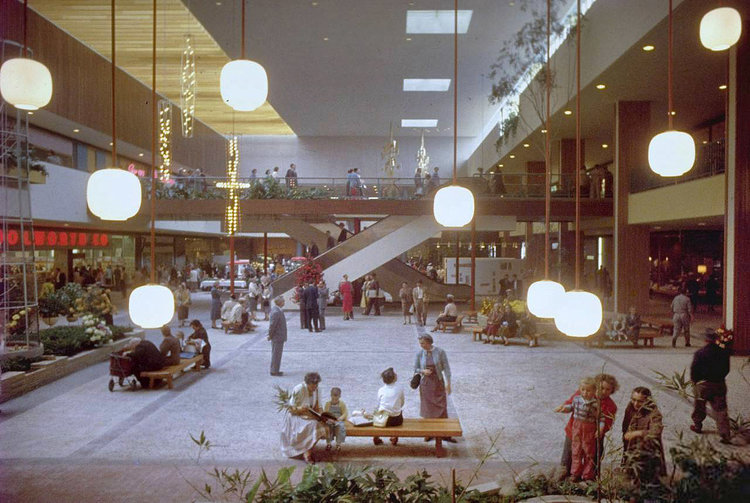 Developers began constructing regional shopping centres that drew car-dependent customers from suburban towns. But it’s important to realise that these places were not just about providing the convenience of a city’s downtown shopping district to suburban communities. The suburbs lacked what sociologist Ray Oldenburg calls third places. If the home is the primary place, and work is a second place, then a third place is one where people go to be around other people – a place that facilitates community building and a sense of connectedness. An Austrian by the name of Victor Gruen, had noticed this deficiency and imagined an environment full of greenery and shops that would act as this third place for stranded suburbanites; one that would get them out of their cars in order to walk and stroll within them. Gruen saw these structures as a solution to a host of environmental, commercial, and sociological problems all in a single building. The shopping mall as we recognise it today, was his proposition.

Although, it wasn’t. Not quite. Gruen’s vision featured more than just shops. He imagined malls would include apartments, offices, libraries, a host of other public services, and even bomb shelters (it was the 1950s).

This grand vision would never be fully realised, however. The Southdale Center, the very first indoor, climate-controlled shopping centre opened in Edina Minnesota in 1956, and what Gruen emphasized (and what the media would celebrate) was the massive centre court, covered in a skylight, which was supposed to mimic a town square. Gruen’s subsequent mall designs (retail design solutions) were mostly based on this first location with the large centre court becoming a hallmark of mall architecture.

For better or for worse (Gruen would agree with the latter – he became a vocal critic of the malls he helped create), Americans loved driving to malls, and they began to spring up all over the country. America’s love affair with malls continued into the 1990s. This is when construction peaked – the last new conventional mall in America was built in 2006.

During the nineties, malls gave way to “Lifestyle Centers” – malls disguised as a main street, with no roof and a lot more boutiques and restaurants. Many of the traditional climate-controlled, fully enclosed shopping malls fell into disrepair, with others being repurposed or otherwise retrofitted. But they laid the foundation, both physically and psychologically, for the resurgence of malls, in bigger and more extravagant formats in the 21st century.

Next time, we deep dive into everything malls – from the future trajectory of mall development to the unique considerations that retail design agencies must make if they want to build retail centres for the future. Moreover, we understand how retail design solutions helped to create change for the overall shopping experience.