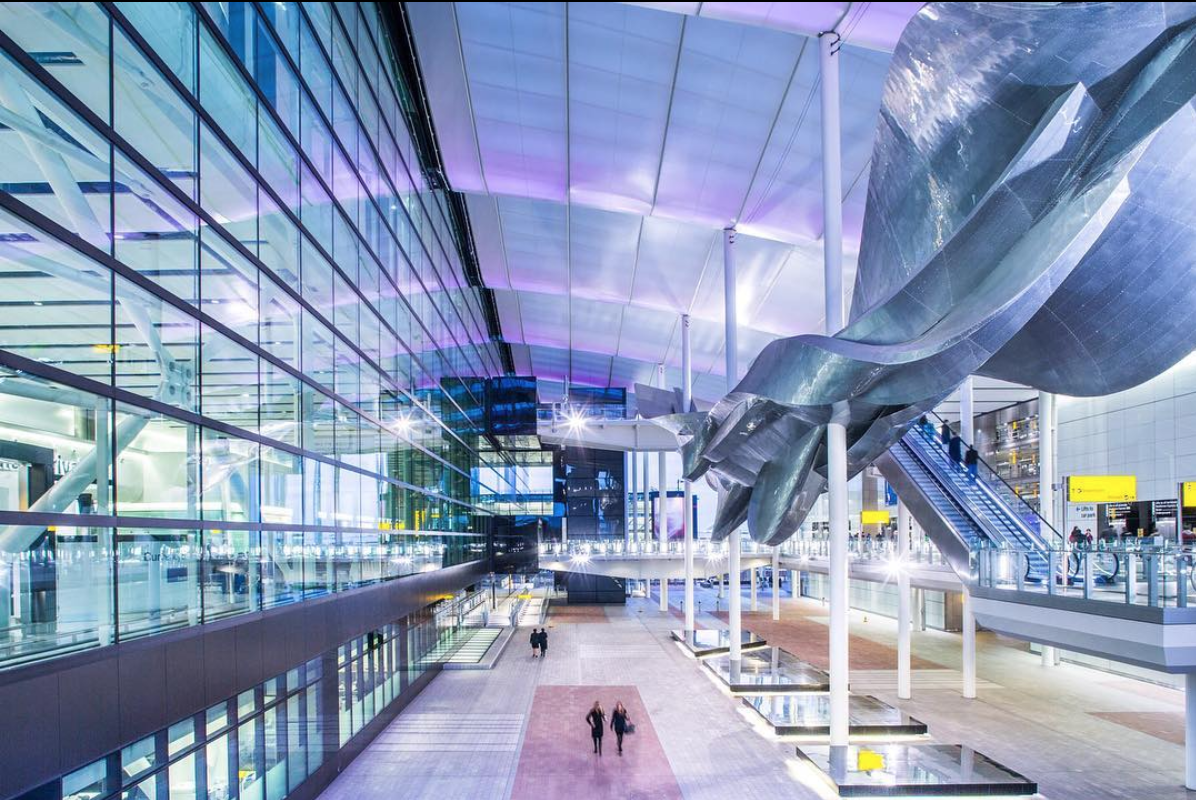 There was a time when airport retail meant duty-free designer goods, travel toiletries and underwhelming food options. But times are changing. As competition continues to shrink aeronautical margins, retail and exhibition design is becoming an important revenue source for airports around the world. With passenger traffic growth expected to double to almost 8 billion in the next 18 years, efforts to grab the attention of consumers that occupy the ‘golden hour’ between security and boarding gate are resulting in exciting change. Welcome to the golden age of airport retail.

Bringing the destination to departures

According to a 2016 Expedia survey, more than 75% of consumers say that the most important part of travelling is exploring the authentic culture of the destination. It seems that major airports, aware that they are the first and last impression that a visitor gets of a city, are acknowledging the widespread rejection of characterless suburban shopping centres in favour of more unique shopping experiences. As a result, we’re seeing airport retailers focus on delivering a unique sense of place.

The recently renovated Tom Bradley terminal at LAX is a great example of how retail design can connect the connect the outside world with the departures lounge. Thanks to a huge immersive multimedia system, the terminal attempts to “bring back the romance, magic, and wonder of travel”.

Pop-ups and events are becoming a more common sight in airport terminals too. Designed to deliver a unique retail experience, the rotating line up of brands on offer serves to give first time visitors the impression that they’re visiting an actual destination, and frequent fliers a feeling of novelty. That was certainly the case with electronic retailer Capi’s pop-up barbershop at Copenhagen airport, which offered travellers the chance to get an in-store shave and styling advice.

The future of airport tech

Airport retailers are already deploying tech to make the retail and exhibition design more engaging for customers, with some now using interactive signage that delivers information about each product to customers.

But the most interesting technology in airport retail may be the stuff you can’t see. Take Amazon’s “shopping like stealing”. It’s only a matter time before this shopping experience is introduced to airports for time-strapped travellers. When it does, it won’t just reduce friction in the purchase process, but also enable retailers to increase the visual appeal of product displays. By allowing customers to scan the product and then collect it from the POS, airport retailers can move away from the traditional chaotic warehouse-like displays.

The bottom line is that consumers are increasingly coming to expect an experience that resembles the cutting edge urban retail experiences that they’ve become used to. And airports are listening. The standard of design across the entire airport footprint is rising, with travellers now enjoying the buzz of pop-up shops, activation experiences, and interactive tech.